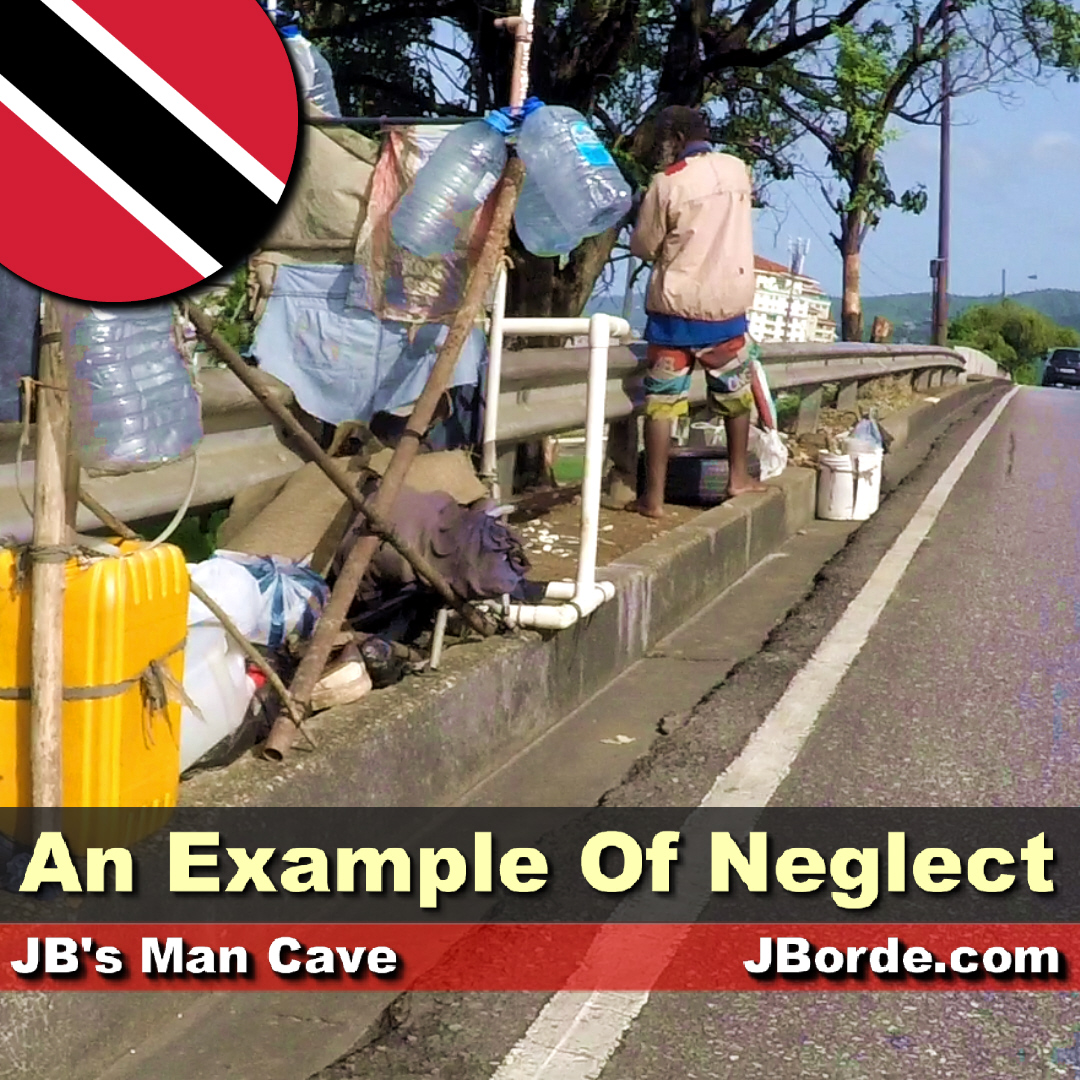 When people hear about the Caribbean they think of beautiful beaches, coconut trees and easy living.

They may also think about the slow pace at which everything is done.

Delays, postponement, and neglect is not uncommon in Trinidad and Tobago.

Except for driving every aspect of life in this country is done without any urgency at all.

In this video, I will show you a classic of example of this.

Now, many may say that as a collective body of citizens we each have to do our part and that is true.

However, there are specific things that only the authorities can handle.

Let’s take the example of this sad case… a man who has given his life to cleaning the weeds on the road.

He used to be in Maraval, but now I have seen him set up a ‘shop’ for want to better word here on the Western Main Road right by the Cocorite flyover.

Look at the irony of that big flag flying in the background and just under it is a citizen left to his own demise.

This is a hazard… I have seen some of his items jotting out into the road or even his own person swaying.

I stopped this morning for a closer look and to inquire from people in the area about him.

They referred to him as ‘the cleaner’ because he picks weeds from the road.

You can see him drifting where cars are passing and all the items he has collected.

I did not want to approach as I am not sure of his stability which is another issue of having someone be at this location.

If he were to be hit be any one of us we would be looked at as the one in the wrong.

However, just as I have passed this make shift address day after day

I can assure you that people from health, the regional corporation, police, licensing authority and others have also passed

Thus you can see in this short video why many may feel neglected, disenfranchised or unsatisfied…

If the simplest of matters cannot be dealt with and the needs of the vulnerable cannot be addressed then how can bigger things?