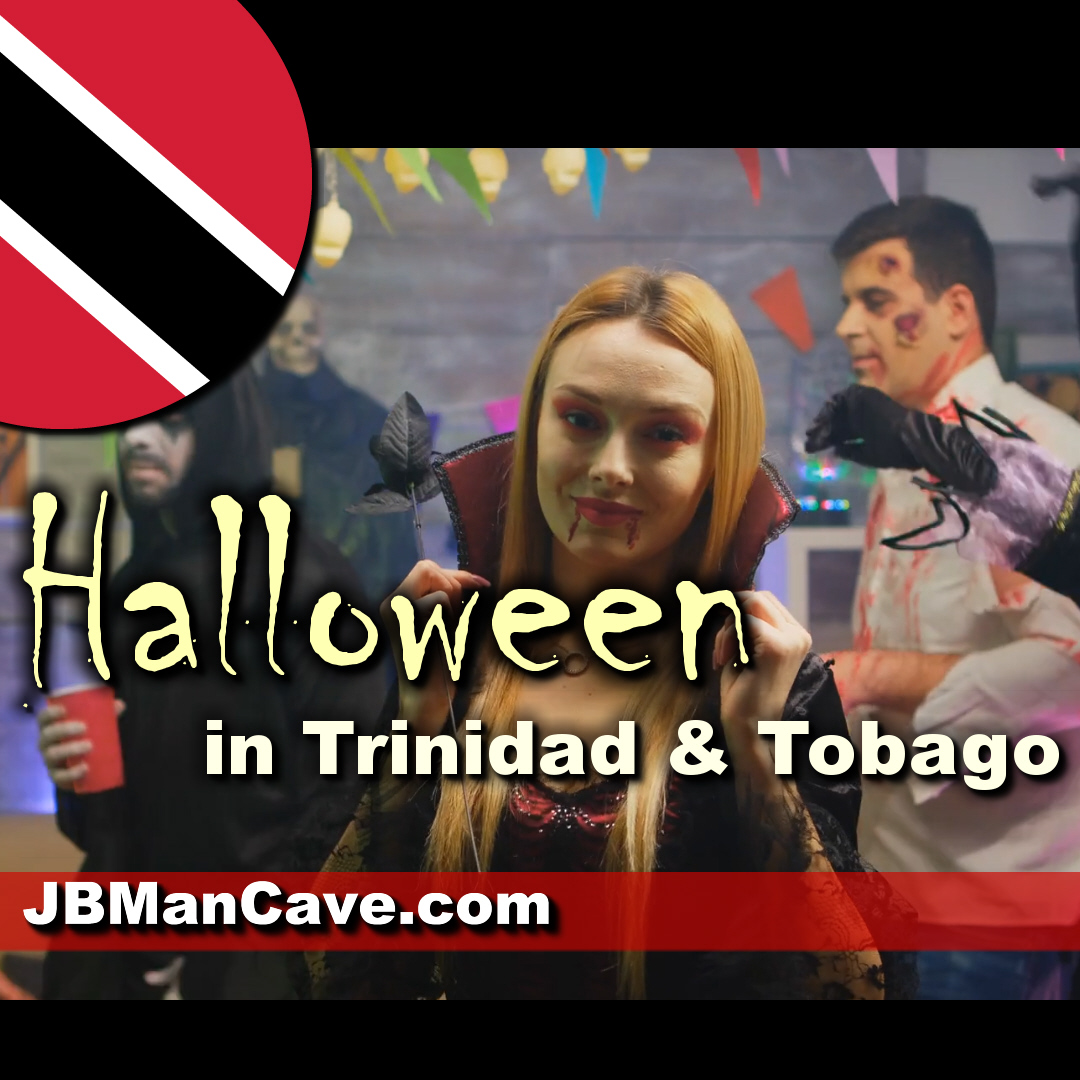 When I was a child living in the USA we went out trick or treating. Halloween was lots of fun because you got to dress up in a character you liked and receive free candy.

When we came back to Trinidad I missed it as it wasn’t celebrated here. However, about 15-20 years ago I noticed Halloween started to become more popular locally.

Halloween is good business and I’m surprised it did not catch on faster given the culture of costumes for Carnival.

In fact, I recently went into a government building in Port of Spain and was surprised to see it decorated with a Halloween theme.

Only certain designated places or neighborhoods in Trinidad celebrate Halloween or may have special Halloween themed events.

I’m not sure what happens in Tobago.

When my boys were younger we went trick or treating in the West and it was well received.

After the COVID-19 outbreak we decided to leave Halloween out but it just so happened that they were hitting that age where it was time to phase out the candy grabbing.

Today, my wife wanted to make it special for my boys and created an all vegan (plant based) dinner.

Everything you see here has no traditional milk, cheese or meats all plant based foods.

Similar Topic: Vegan vs Vegetarian vs Plant Based Diet. 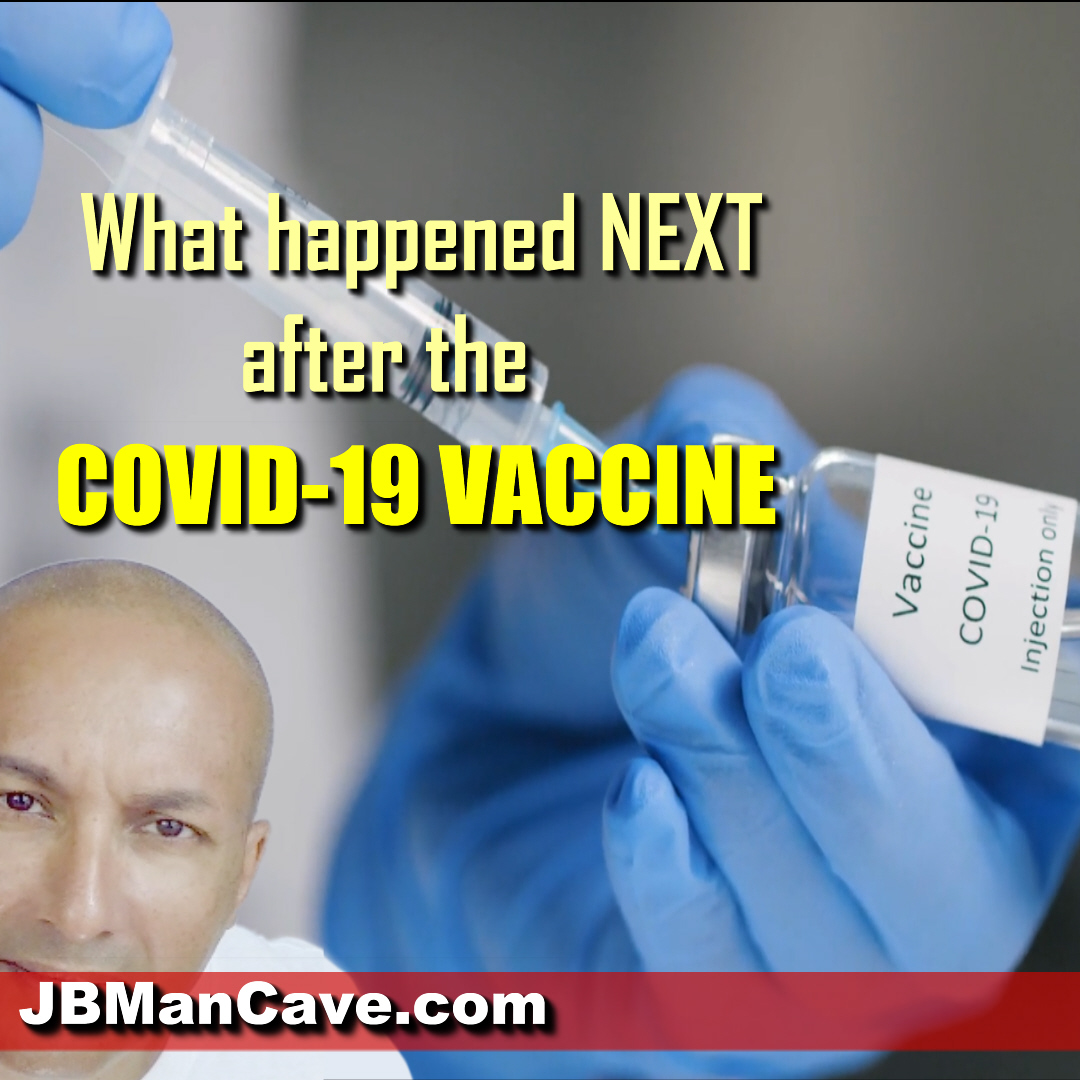 Saturday, my family and I went to NAPA to take the COVID-19 Vaccine.

We waited until now so we could choose from a variety rather than be limited to one or two choices.

Now, I like to follow the science and since I am a realist I am not into superstitions, controversy or myths.

I did my own research and in the end felt I had little to lose and lots to gain by being immunized against COVID-19.

The process was very fast but mostly because I chose to take the Johnson and Johnson vaccine.

Let me explain, it seemed like most of the people there wanted the Pzier vaccine or surprisingly, the Signopharm vaccine.

In fact, during the registration process the lady that interviewed me said most of the forms she was filing in were for Signopharm.

Which Vaccine to take?

In my theory, not proven, that those who chose Signopharm probably said, “I’m here for the vaccine” rather than making a specific choice.

Or maybe they simply didn’t care.

Anyway, the Johnson and Johnson line was short… as in just three people, including myself.

A medical doctor administered the vaccine into my shoulder.

I hardly felt anything when the injection was given and on the way out a local company gave away some snacks to thank me for taking the vaccine.

I should mention, that unlike most services in T&T this process was very organized, full of helpful friendly people at every turn who actually smiled.

Maybe your experience was different, you can tell me later in the Youtube comments.

After taking the vaccine

Now, how did I feel for the rest of the day?

Well, right after I drove a long distance, walked around a mile or more, made some repairs at home and then lifted weights.

So yeah, I was pretty normal but then again I live a relatively healthy lifestyle so I was not expecting much.

Do note, I did feel to rest a bit more than usual, which is a good thing – something I need to do more of in any case.

Keep in mind, that the vaccine does not stop you from getting COVID-19, what it does is lessen the effects the virus can do when it does attack.

I am not a medical doctor so my opinion is in addition to the vaccine ensure you eat right, exercise and get adequate rest because you can die from so many things besides COVID-19 like heart disease.

Now, this isn’t me advertising for the COVID-19 vaccine, I’m just relaying how it was for me. I believe it is up to everyone to make up their own mind and have the choice about what they will do.

So do share, did you take the vaccine? Please share in the comments how it was for you.

Related Topics: Is God A Trini? and Trinis Love Their Food

This is all about Vegan vs Vegetarian vs Plant Based Diet as well as the myths about health and ridiculing people about their food choices. Today, I want to cover two things: My review of some imitation bacon I cooked as well as something I see done often online by fellow vegans who should know better.

In case you don’t know I have been vegan for almost a decade and let me explain what that means.

First off I think there is a lot of misunderstanding about the differences between being a vegan and being a plant based eater.

Vegan diet means health or not?

Definitely there is also some confusion surrounding eating a vegan diet equals health.

Basically, someone that is a vegan does not want to see animals hurt or tortured.

Therefore, vegans do not use any products or foods made from any animal.

Don’t confuse that with vegetarian because they still consume milk and cheese from cows and eggs from chickens.

Because vegans do not use animal products many believe that a vegan diet is automatically healthy because all they eat is… salad and fruits.

Truth is a lot of processed sugar filled fat laden foods are in fact vegan.

For example french fries and soda pop is vegan.

So to equate being vegan with health is wrong.

Let me give you an example.

One day while checking some comments online I saw someone proudly showing off a vegan bacon sandwich.

Even though it looked good a supposed vegan trolled the post asking why the original poster would want to eat something that had the taste and shape of an animal.

This showed the person does not understand what being vegan means.

What being vegan really means

Being vegan is about saving animals… if that person’s vegan bacon did not hurt any animals then they should be free to eat as they please.

Not everyone that becomes vegan did it because they did not like the taste of bacon anymore.

They became vegan because they did not want any pigs killed in order for anyone to eat bacon.

So if there is a recipe or company willing to use plant based substitutes to make an imitation bacon then why not.

Now, if we are talking health… then that is a different story because many processed products may not be all that healthy.

However, as I said before… being vegan is about saving animals not your personal health.

Your choice to eat healthy or not is not related to being vegan.

For me, I try to eat the actual food not the processed version of food.

I generally stay away from junk, but again that is my personal choice.

It does not make the next vegan who enjoys junk and processed foods any less vegan.

Now that I’ve cleared that up let’s look at this vegan bacon made by Lightlife they call it Smart Bacon. Note, this is not sponsored nor am I endorsing this product just merely sharing.

It is my first time trying this version, in another video I showed the tempeh which is thicker.

My family loves this sort of thing so every blue moon we will buy it as a treat, it is not something we eat all the time.

We keep it in the freezer until we are ready, just put it in some water to get it soft.

You can peel off each slice and cook it in a frying pan.

The cooking time is not long maybe 3-4 minutes

Some people like their bacon burnt so here I am showing bacon cooked at 3 different stages so you can see the consistency.

I am going to break a piece off and let me tell you it tastes just like bacon. The only thing it does not give you is that fatty taste

So it is more like a lean bacon which for me is better.

I hope this video cleared up some misconceptions about being vegan

And at the same time you get to see how vegan bacon looks.