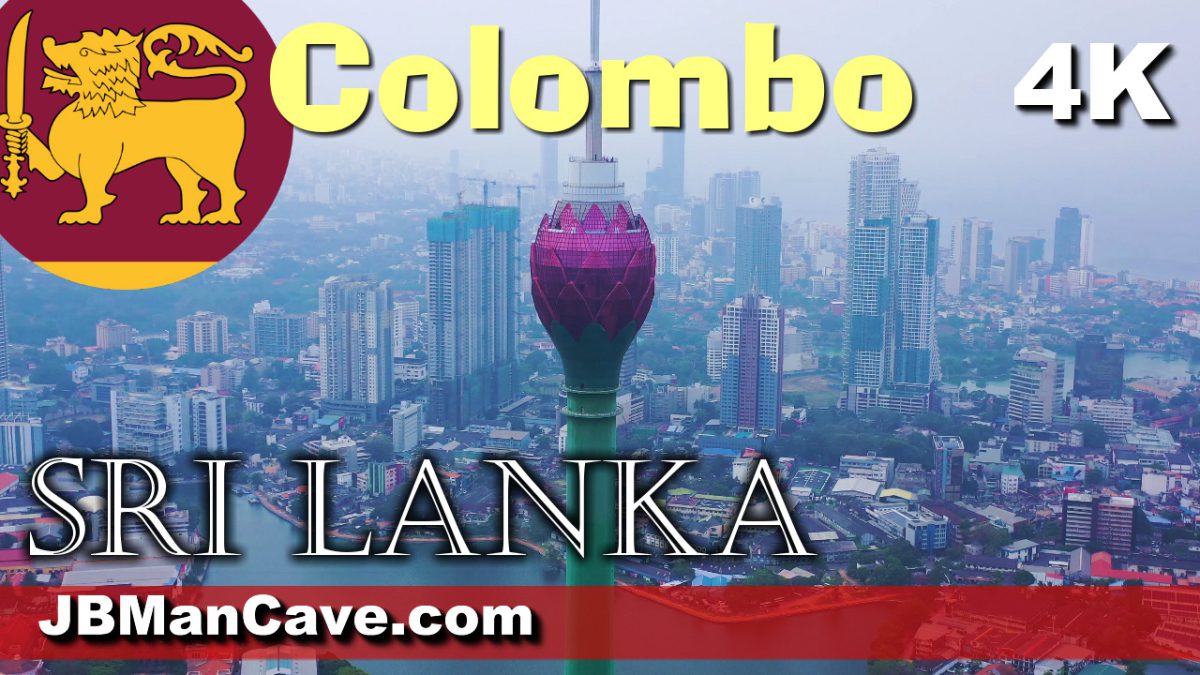 Videos and topics about Sri Lanka:

Hello friends, we are going to cover the country of Sri Lanka, It’s in the Indian Ocean it’s only 55 kilometers from India and that’s the mean capital Colombo and that’s about 33 miles only 33 miles from India.

And this is the capital city as you can see it’s well developed as far as tall high-rise buildings are concerned but you know buildings don’t always reflect what’s going on in our country no matter how high or tall they get or modern it looks.

Now Sri Lanka’s main religion is Buddhism fact about 70 percent of the population will identify with being a Buddhist and it has a rich history because originally the Portuguese in the 16th century had control of Sri Lanka followed by the Dutch in the 17th century and near the 18th century, around 1796, the British took over and it’s only until 1948 did Sri Lanka get its independence.

Now one of the current happenings that you all are probably aware of is how the people were annoyed with the economic situation in Sri Lanka and it led to a lot of protests and riots and the police tried to control it but when so many people mobilize not even the military or the police can control it and the mobs got passed them went into the prime minister’s residence took over and made their claim to change because the prime minister fled and I guess that’s what people do when they get angry enough but however and this is just commentary and something that you can answer how do you feel about the action they took was it justified do you feel that people of Sri Lanka should have used the normal means of protests should they have acted in that way should they have taken over the prime minister’s place and on residence and so forth was that the correct thing to do what do you think please tell me in the comments area of my YouTube channel I’d be interested to hear what you’re seeing um but one of the things that many people um act in this way is did you know that about twelve percent of the people in Sri Lanka make less than three dollars and twenty cents u.s a day so a full day is worth and that’s all they would get by the way this is the lotus tower which is one of the big landmarks in Sri Lanka again there the country is mainly Buddhist and so using our lotus flower is of course gonna be an aligned with that it’s a symbol the country and it’s also used for other purposes like communication lectures and so forth it’s about almost 1200 feet tall so about 1168 feet to be exact and there will be other videos I’m going to make on Sri Lanka but this one is mainly covering the capital which most people don’t know about those of you who follow cricket with of course no street man can another sports that they play interestingly enough a lot of people do speak English along with their local tongues it’s a mixture but um you know countries like this of course are westerners people in the western world aren’t known until they make the news or they are in sports or whatever but you know there are millions of people all around the world going through all kinds of crises and they have a need that needs to be verbalized and seen it’s unfortunate that it only comes to when they make some sort of revolutionary act do we know about it so what do you think about Sri Lanka let me know in the comments area.

Note: The text above was taken from the audio of this video and may not be accurate.

Other topics: Barbados in the Caribbean