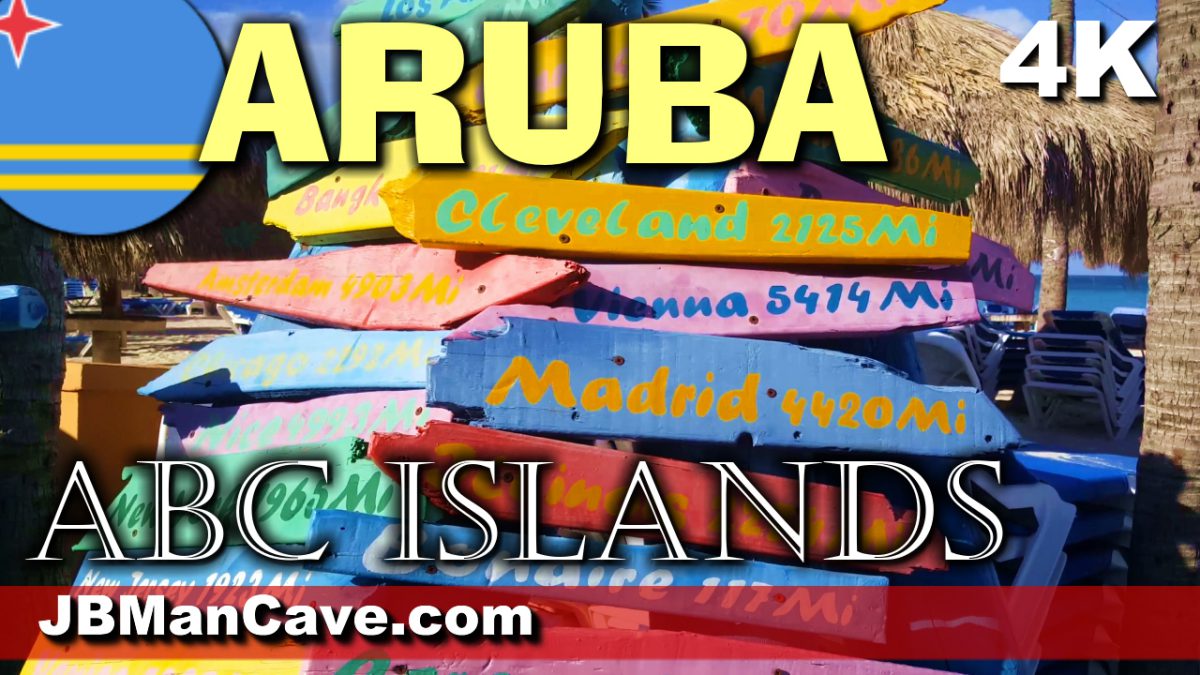 and because you have that Europeans influence everything is up to standard up to par now a lot of people want worry about its location native Venezuela because of what’s going on with Venezuela the sanctions and whatnot most of the feedback that I get is that you know yes there are Venezuelans are trying to make it across but there aren’t that many and you know Aruba maintains a relatively safe disposition you can go around the island which isn’t very big at all it’s only six miles across I think 20 miles long and while they would feel relatively safe of course there are those who will think otherwise but you know like everything else in any part of the world you always have to be aware of your surroundings and whatnot but from what I gather everything is relatively safe now Aruba is part of three islands that are often referred to as the ABC islands if you haven’t heard about the ABC islands well then this is what the islands are they are one is Aruba the other one is Curacao and the other one is Bonaire so in order would be Aruba, Bonaire, Curacao or ABC the ABC islands all under the jurisdiction of the Netherlands so the Dutch does have a big role to play here

and uh if you looked on a map you would see these three tiny islands just north of Venezuela and east of Colombia and you would think oh these are just probably territories of Venezuela but they aren’t they are their own and in a way they have their own little uh jurisdictions as well so they have to always tell their own language Papiamento and they have they do speak of course Dutch and also English it’s always as you know when I was in Britain I i met quite a few Europeans and I’ve always been amazed at how Europeans could speak multiple languages and they love to learn languages but as English speakers we just don’t seem to pick it up so that’s after our the people of Aruba who have made it that they can understand multiple languages.

Note: Above text taken from the video and may not be accurate.

Another great video: Barbados in the Caribbean