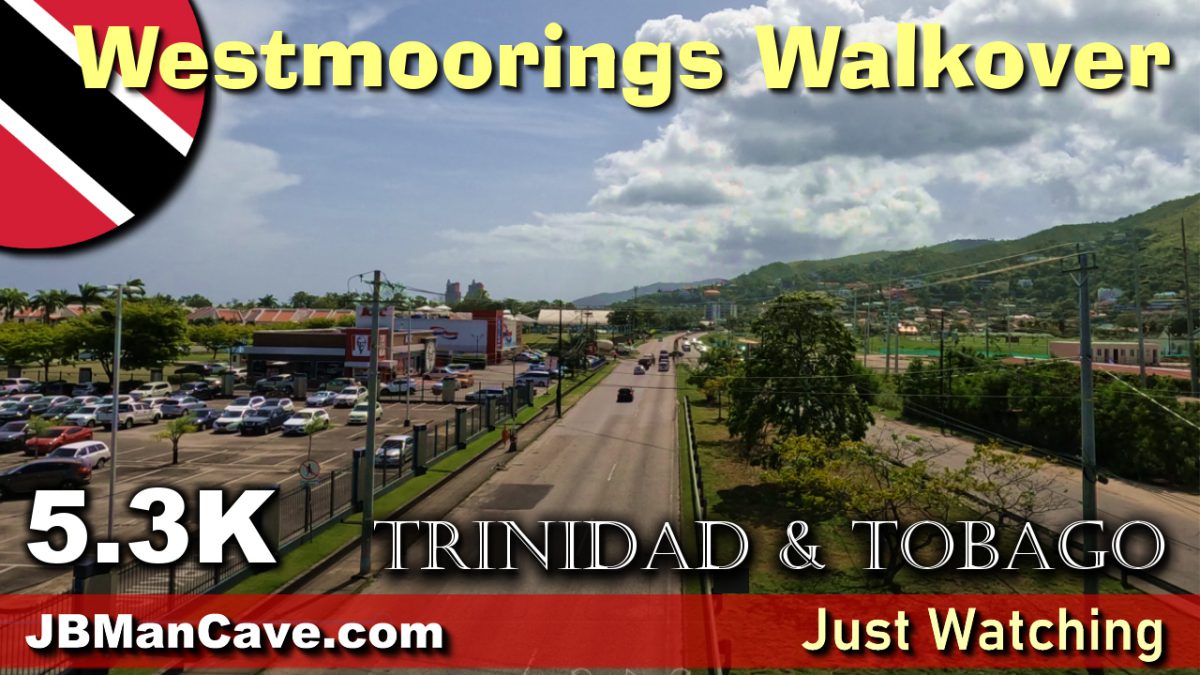 Friends we are in Westmoorings. This is the Western Main Road. I’m facing west this is West Mall and we are going towards the Westmoorings walk over.

That’s those blue steps that you see go up and go across the Western Main Road. Now, you might be thinking what’s so special about this walk over well this walk over allows you to see a lot of west mourns and we’re gonna point out a few buildings and a few places and maybe I’ll give you some details in case you haven’t been to the area for a long while when I was a kid this walk over wasn’t here but small didn’t look that fancy and there weren’t so many buildings around there’s a lot of open land and uh basically it could roam all this area without hindrance now as you can see there’s a lot of stuff going on there apartments seaside apartments in the background and it’s being built up now this is a dated or I should say a time stamped video and the reason I’m saying that is because there’s a lot of development going on in this area right now so you know months or years from now these things would have changed so let’s have a look at this side we’re facing west on the western main road and that is only left there that’s super farm it’s a pharmacy that’s of course that junk food outlet where they eat a lot of birds then there’s Spanish court there’s the international school of Port of Spain, Regents Towers, Goodwood Park, Westmoorings by the Sea and on the right there’s a construction place we’re going to look at that closer just now.

so we’re viewing east again and uh this road is the one we in and out of west the west of Trinidad it will take you to Carenage, Chaguramas so and so forth or back to Port of Spain.

That’s Fort George in the distance there it’s another place I have to show you so this is what Westmoorings is like now at a distance from the angle of the walkover what do you think about it if you haven’t been to this area for a long time what do you think it’s been built up a lot do you recognize anything I know when I first came from abroad it was really new to me.

So I hope you enjoyed this short walk and if this is your first visit to JB’s Man Cave please do subscribe it’s free all you need is a Gmail account you can like share and let your friends know about it thanks so much.

NOTE: The above text was taken from this video and may not be fully accurate.