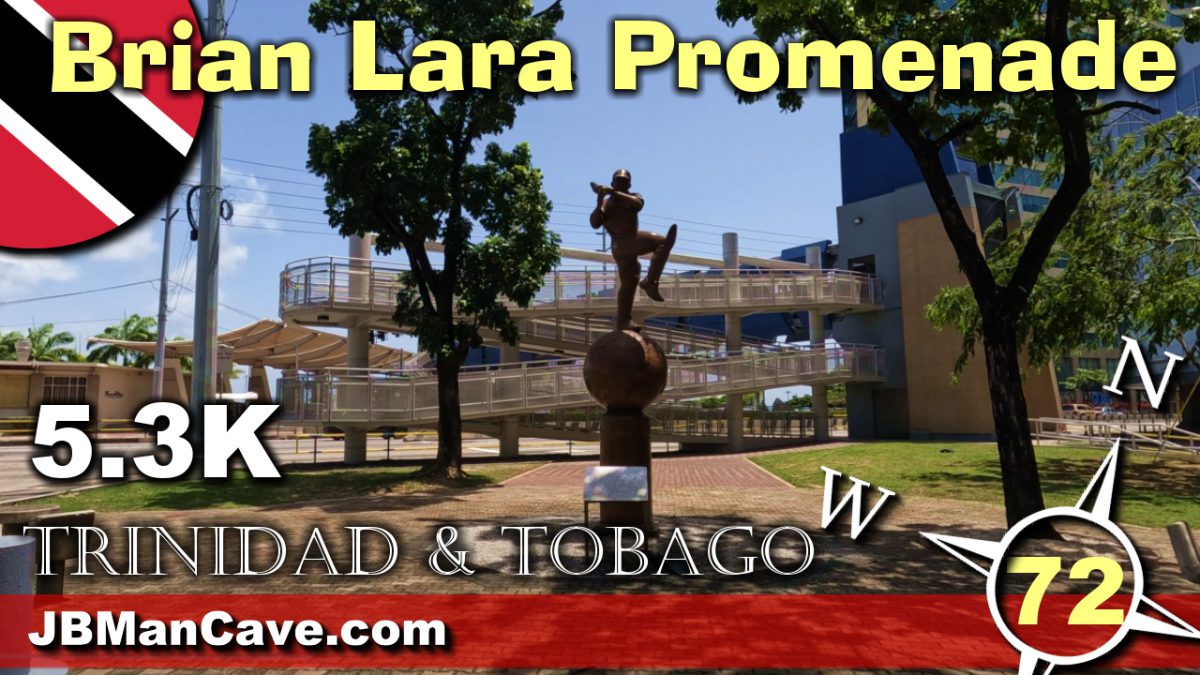 Hello friends we are covering the Brian Lara Promenade and Port of Spain Trinidad an island in the Caribbean so right now we are on the independence square road it’s a road that goes has a northern on the southern side and it sort of goes around the promenade and we’re gonna head to the promenade it’s a Saturday morning so you’re not gonna see a lot of people on this side which is the commercial business side of Port of Spain and when I say commercial business I’m really referring to like banking and stuff the this side of paul’s bin covers that central bank treasury what not taxes so there aren’t many people are wrong we will get to the other side of the promenade which is small traders merchants people on the street.

so we’re on a promenade

if you invested in units feel free to talk about it in the comment section of my Youtube channel. Port of Spain is the capital of Trinidad and this what they call the waterfront is where we’re going to the sea is not very far from where we are

so that’s a waterfront straight ahead

held some little records he’s retired from it now

it’s a monument to him

that place across there that’s the food court

he knows any background is somebody playing the music the radio

trainees have a love a love for loud and loud music

this promenade has been closed for a long time because of the pandemic over 19. they they coordinate off so nobody was really allowed to go into it they took it off only recently and so only recently I had a chance to walk up and down and it’s a really nice place it’s one of the few places that’s well maintained now some brief history when I was a kid this area where they promenade was just sharks and i’ll get back to you I just wanted to tell you that this is the TSTT or the telecommunications building it used to be used to some telegraphs there I used to look a little different they um sort of spruced it up anyway so this promenade in the middle here used to have shacks where people would um repair shoes sell snacks different things and maxi taxis also used to park in the middle here to transport people and then some years ago they removed them all and built this promenade and that’s a good thing because it wasn’t a good sight to see all those sharks and stuff in the in the center of uh what is supposed to be a vibrant city

other building on the left there is also a bank

and here pretty much is active 24 7. there’s always something going on somebody walking somebody doing something even though it of course quiet gets quiet during the early morning period there’s still people are wrong and I would know that because of um when I used to work very late hours I’d still see people here

the statue in the middle

represents the center and this is um Captain Cipriani

and that’s Broadway below leading to the lighthouse

one thing about JB’s Man Cave is when I got an error I do it in different formats so one would be with a long extension rod where I tower over everybody one would be another resolution the other would be 360 and different areas of the same place and different angles so you get a feeling like if you are there and that’s the whole idea about it I hope you enjoyed today’s um video please do make sure to subscribe like and share with your friends please let them know what JB’s Man Cave we need to get these subscribers up to at least 10 000 which is the goal that I have for this channel this is Chinatown just give me a brief shot there thanks so much for watching.

Note: Text taken from audio of video and may not be accurate.

See other walk through videos: Walking Around San Fernando, Trinidad