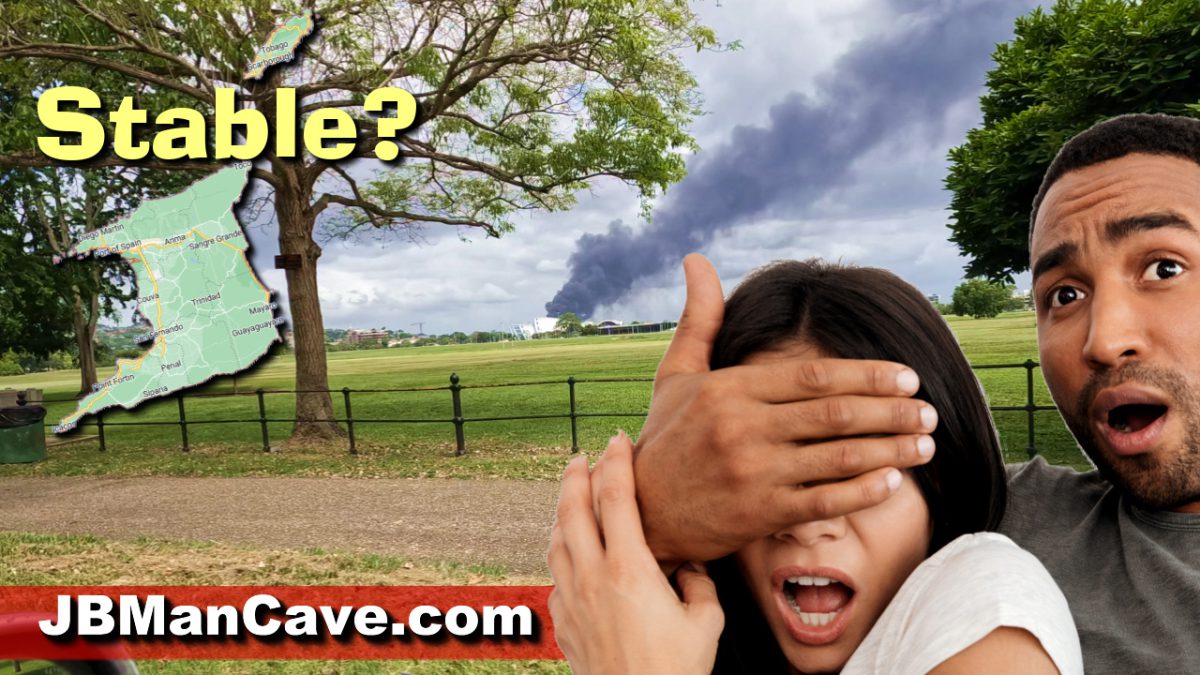 Is the country of Trinidad and Tobago stable? Folks this video is from today and do you know what that black smoke is in the background?

There you can see it just beyond NAPA… that’s Port of Spain by the Beetham estate that’s near the dump and people are protesting and they are burning um tires and throwing stuff I heard somebody just came on the radio who said that when they got there, a TV crew that is, the people started stoning them and it’s only when they realized that they were a TV crew they apologized and they said to the TV crew… “oh we thought I thought you were the police” anyway so people are getting angry they are protesting many things they think there are too many police killings they don’t like what’s going on there are also other protests by unions about the lack of a pay increase people are still working on salaries from almost a decade ago there’s a lot of crime a lot of killings and people are basically upset and angry and so that’s what that black smoke is about you know what that reminded me of when I was a teenager I saw that look from the west of Trinidad and that was the coup the July 27, 1990 coup and that is a time I would never forgot there was a lot of chaos my point in this video is that um as nice as things may seem in Trinidad as nice as is to see the beaches to see the parks to go on road trips I do get the general feeling that Trinidad and Tobago is becoming more and more unstable. It’s as though at any time and at any moment something could happen and there’s suddenly gridlock traffic um you know there’s a chance that there could be looting there could be a road protest you know it’s it’s just too chaotic I don’t know how you feel my video today is to ask you the question how do you feel about security in Trinidad and Tobago at this point do you feel secure do you feel like the country is stable or unstable I have a similar video I created about the elements recently uh it was asking a question what if ‘god is not a Trini’?

That was the elements, however when you’re dealing with people that may not have necessarily anything to do with god because the people make their own choices and make their own decisions how do you feel about it tell me in the comments area of this video!

The above text was taken from this video and may not be accurate.