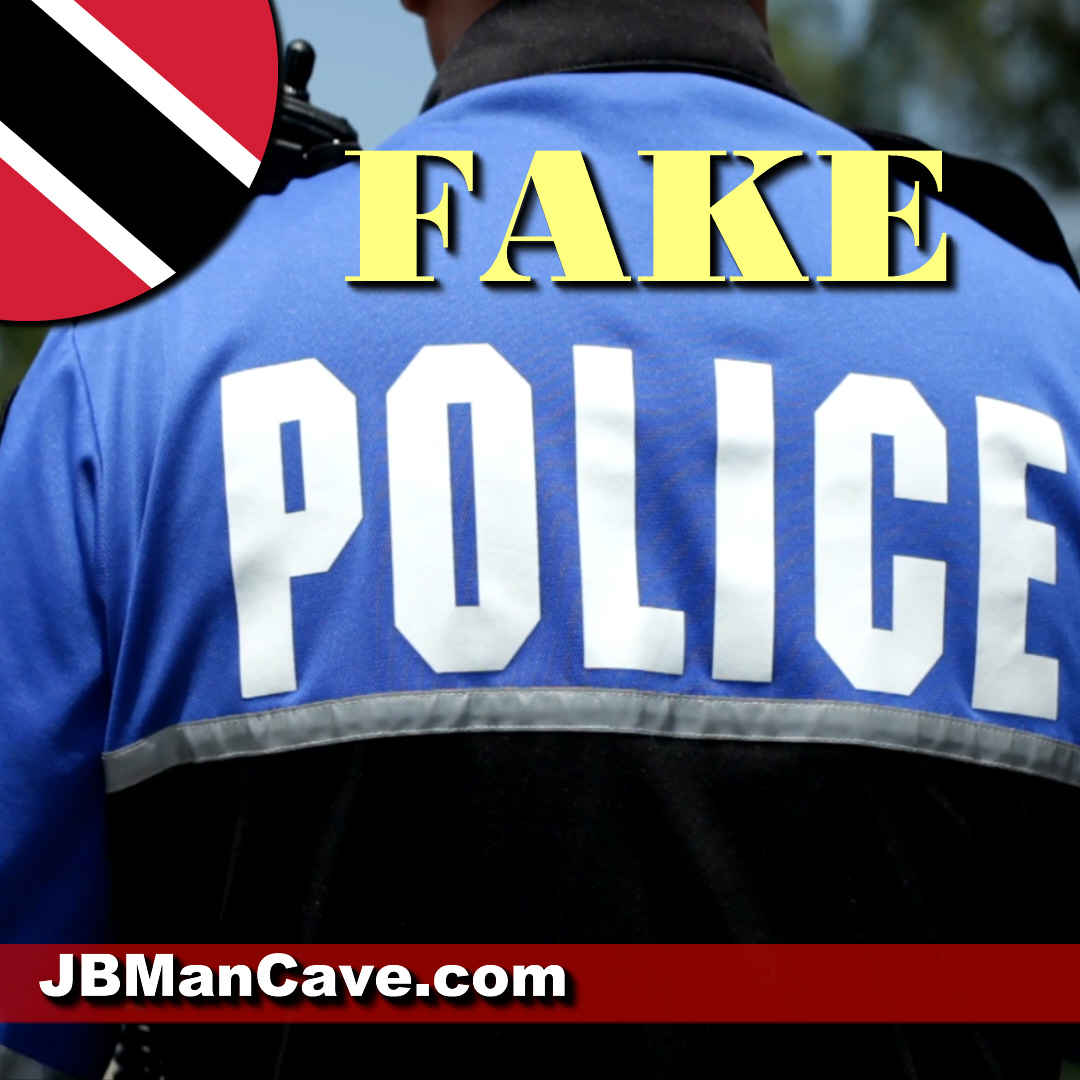 In addition, to worries about the tactics used by the criminal element in Trinidad and Tobago we also have to consider that we could encounter fake police.

By fake police I am referring to persons who are disguised as or pretending to be police in order to gain control over unsuspecting victims.

This really isn’t anything new. There have been countless cases of regular citizens dressing in police-like garb so they could gain entry to homes or businesses and commit larceny or even murder.

Fake police was recently brought to the public’s attention once again when a fairly popular figure in certain circles of society was allegedly stopped by fake police and shot until dead.

Here is the thing… how is the public to know when a police officer is fake or not?

You may readily say, their uniform or their badge, but these things have been faked.

Additionally, there are a lot of unmarked cars driving around with blue lights and dark tint. No one can know if they are the police or not.

Anyone could install a couple of flashing blue lights in their car with a siren and citizens on the road will feel obligated to pull over.

Here is another issue… police may advise that you can call the local station first to find out if certain officers are in deed who they say they are, but let’s be realistic.

Can you imagine any legit police officer who shows up to your home, office or on the road is going to wait on you when you say,

“Sorry, I do not know who you are I need to call the station first.”

Many of them may get pissed, feel you are disrespectful, etc.

They may even want to force entry and later charge you with an offense because of your unwillingness to follow instructions.

Sad thing is there are Trinis who genuinely know they are the police but just to make things difficult, or avoid capture will make up stories like that to make good their escape or frustrate the police.

So herein is the conundrum… how can the public tell fake police from real police?

Here is my personal take from the little I know, and what I have read and observed… there is little you can do from a distance.

However, if you are being flagged down by an unmarked vehicle and your gut is telling you something isn’t right then I would carefully drive to the nearest police station or flag down a marked police vehicle if you see one.

If there is someone in the vehicle with you let them start calling the police and relay the info of the car that is attempting to stop you.

If this is happening in your home, I would do the same… call the area station and find out if ‘x’ police are legit.

Again, another issue arises because some officers may act outside of their locality without informing the area’s police.

I wrote to the police commissioner a couple of months ago so as to cover this and other specific questions I know the public has that in my opinion isn’t being clearly addressed as step 1, step 2, etc.

However, I never got any response.

So tell me, what would you do if you were being stopped by an unmarked vehicle with flashing lights?