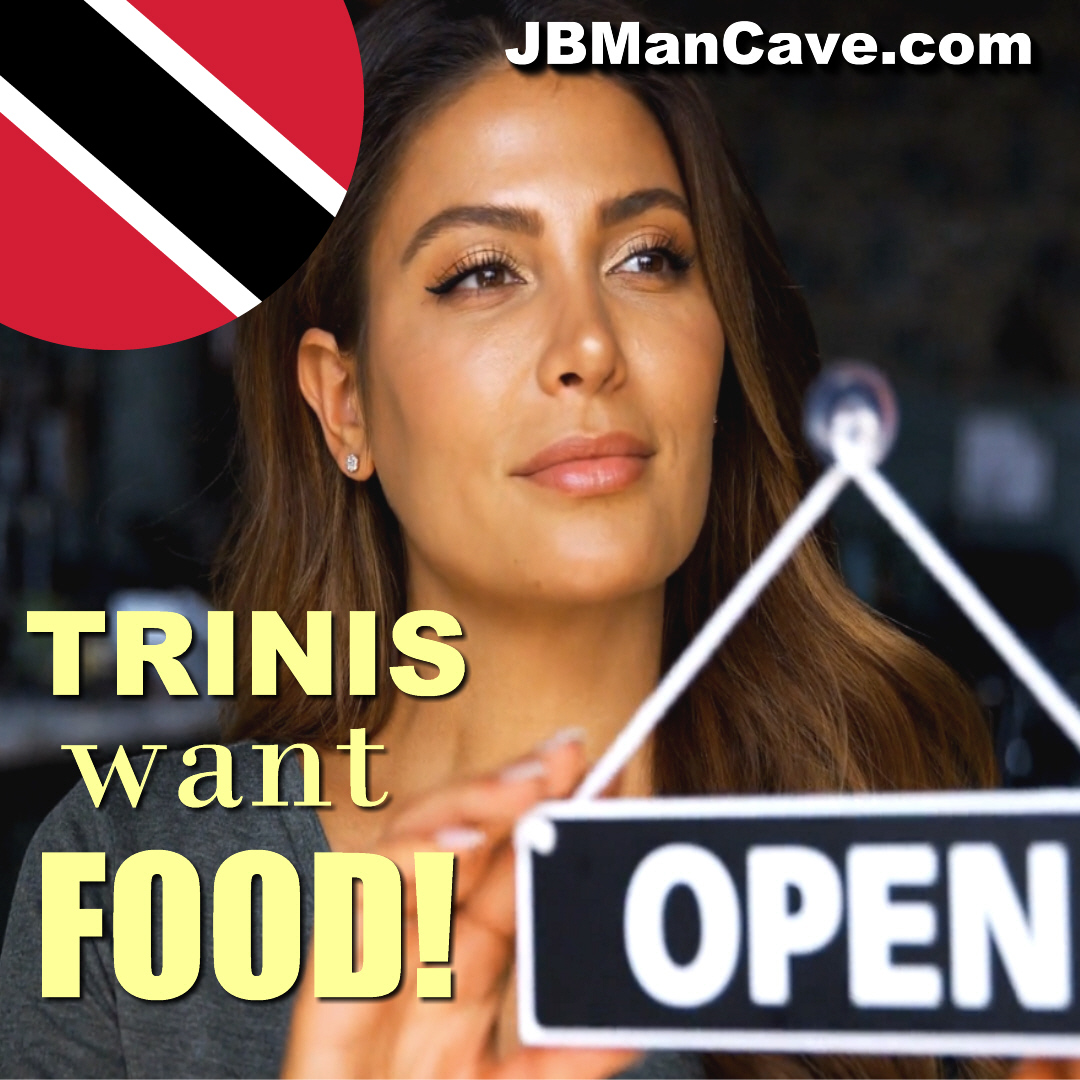 One thing you must never ever come between is a Trini and their outside food.

The reason I say outside food is because most Trinis are really good cooks, both the men and the women.

Even so, Trinis seem to be drawn to food made by people in restaurants, food trucks and even on the street.

Because of the melting pot of cultures in Trinidad and Tobago the food choices are many.

You can easily sample Indian, Chinese, Thai, Syrian, Creole, North American, and other exotic foods within a short radius.

However, ever since this pandemic, the access to these outside foods have become limited to bakery treats and prepackaged meals.

Even curb side pickup and delivery, which in my layman’s opinion no greater a risk than going into a bakery or a grocery, was shut down for months.

This has caused many restaurants to permanently shut down their operations or downsize.

For us, it may appear as one less restaurant closed where hundreds of others will fill the space but a restaurant closing is a loss of jobs for many people.

As an example, let’s take the Passage to Asia Restaurant,

I am not associated with this establishment or their owners but I was reading a recent article about the amount of money it takes to service these places.

In this footage, from back in February, 2021 we were looking for a restaurant that could cater for vegans and they stepped up to the plate (pun intended).

The waiter was very friendly and the chef did his best to alter the menu so we could eat their set dishes according to our desires.

The food had so many flavors from the Eastern world it felt like we took a plane to Asia.

That is the great thing about dining out in this country… there is always a food, a dish and a chef who can cater for everyone.

Sad to say, save for outdoor activities, and maybe an occasional movie, there aren’t a whole bunch of things to do on this island hence outside food is central to Trini entertainment.

When you take that away you take away life itself.

Here is to all those who look forward to opening back their restaurants, food trucks and food stalls.

May you bring back some joy to all the Trinis that are longing to get away, if just for a moment, from the current stress they are under.

Feel free to state in the comments which food places you are looking forward to see open again in Trinidad and Tobago.