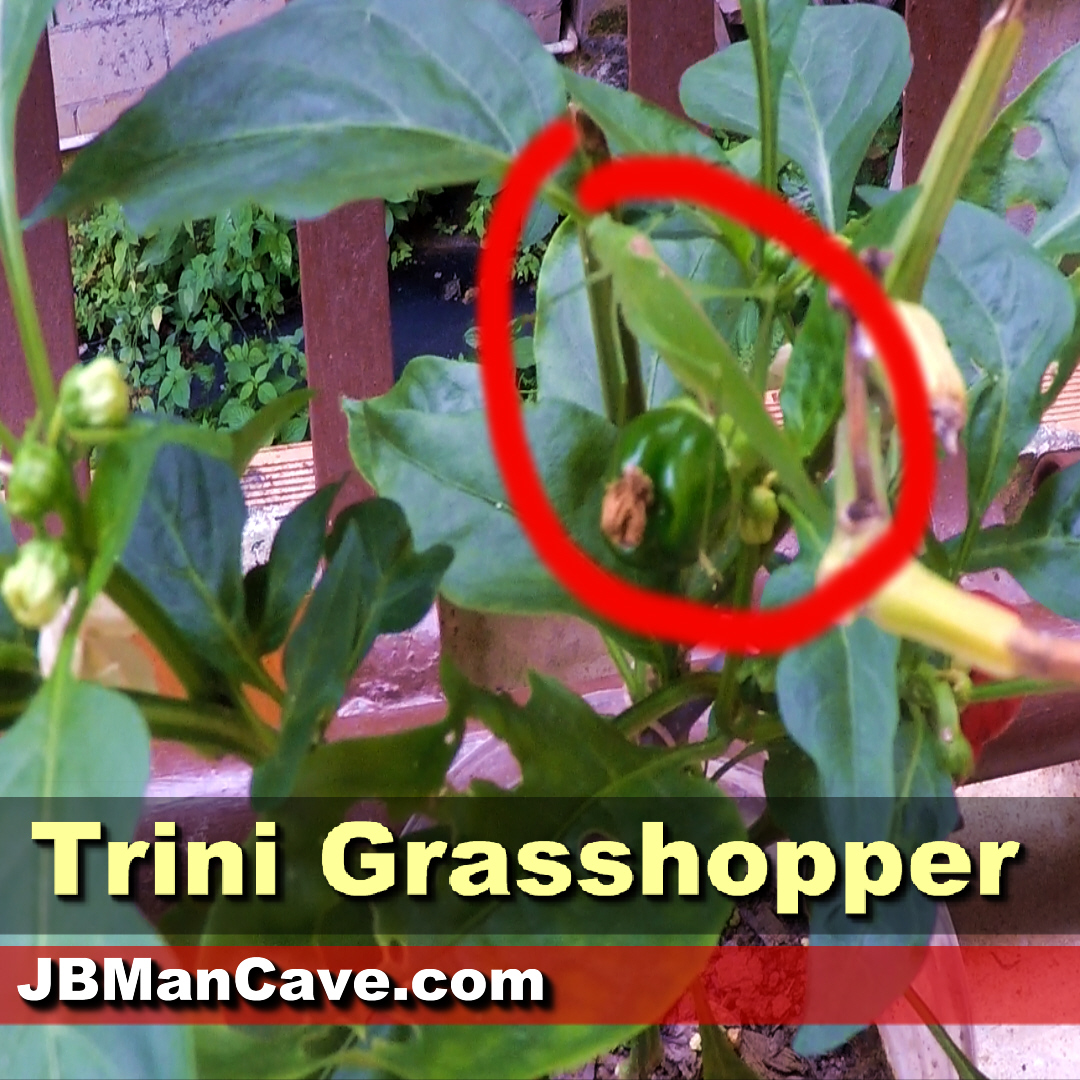 In the Caribbean all kinds of insects and creatures including some nosy neighbors might find themselves in your home.

Grasshoppers are one of those insects that has a tendency to come into your home every now and again.

They have an ancient origin of 250 million years on this planet, even before the time of dinosaurs.

Yet, sometimes they seem to get stuck on the ceiling or a wall and do not know how to get out.

This was our case, one stayed on the ceiling of our kitchen and we thought it would figure out how to get out because we left the windows open.

Next day, it was still there!

Grasshoppers need water just like we do but they get it from the plants.

So if it was going to stay in the kitchen it would die especially because that is where it gets hot from cooking.

Some people know grasshoppers for jumping which they can, but they can also fly so this one is probably weak or it would have been gone already.

I put a broom about an inch a way from it and it did not hop away instead it slowly walked on to it like those slow people maxi taxis stop for and think they have all the time in the world.

Anyway, the grasshopper probably saw the broom as hope so I took it all the way outside, let it crawl on to my hand and then rested it on a small sweet pepper plant I had outside.

By the way, grasshoppers do not attack humans or animals, they only eat plants.

Can you see it? They use camouflage as part of their defense against predators.

You will notice how slowly she moves.

It will go to a leaf and build up the strength to eat.

You will see a hole appear in the leaf and then that seemed to have done it.

The grasshopper moves quickly to the next leaf and takes its leave.

I know some people do not like grasshoppers because they are the tender form of locusts.

However, this little buddy is harmless and I am happy to seem him survive our hot kitchen and get back to nature.

Original video: Caribbean Grasshopper in my Kitchen in Trinidad and Tobago | by JBManCave.com