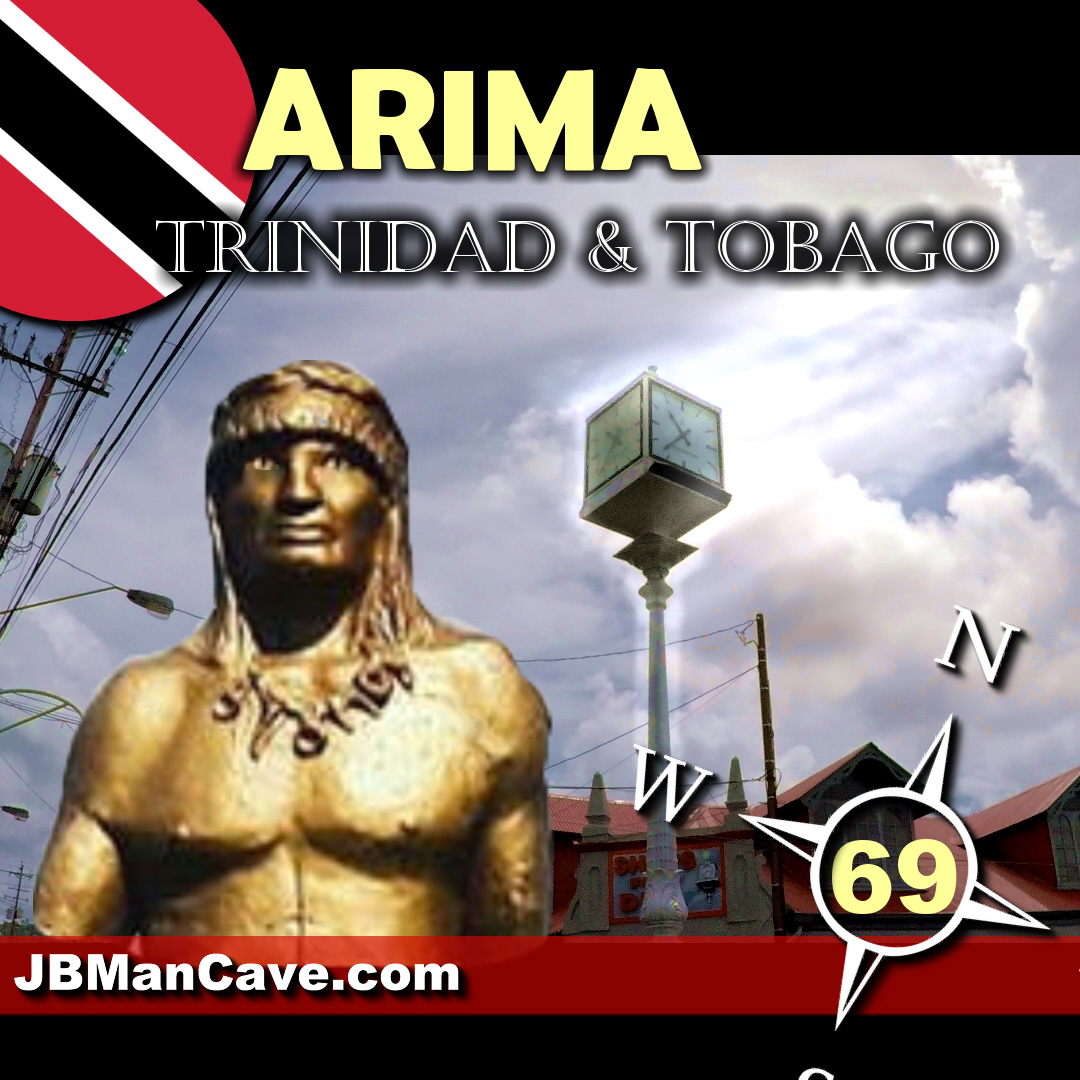 Hello friends we are back again with another walk through this time we’re in Arima proper it’s really busy areas and we are here on the island of Trinidad which makes a part of Trinidad and Tobago islands in the Caribbean.

so I did uh Port of Spain, San Fernando, Chaguanas and now I’m in the fourth largest place within the country which is Arima

the official name is actually the royal chartered borough of Arima

and this is sort of like the mini promenade here

and right there is a

and on the left is a popular furniture place

a lot of shops eating areas and so forth

those little sharks on the right uh where people sell

knickknacks plants food crafts and so forth

now this area here is like a little park

some people call him Lord Kitch

as part of the market

all the area to the right is the market

unlike my other videos I am recording in 2.7 k which is better than 1080p better than HD is or full HD um but also allows for me to record for a very long time this this whole video is about more than an hour of walking around town it’s not as bad as um when I had to walk around San Fernando which is very hilly I was quite overcoat and it’s sometimes much bigger I remember it’s not as big and as small as flat so if you do plan to come here you don’t have to worry about walking up and down hills

and as you can see a lot of shops

interestingly enough just like uh if you saw my video on Mount St. Benedict I talked about how Brazilian monks came and established

if you haven’t seen my video on Mount St. Benedict make sure to have a look very serene up there

and you may think oh well that’s no big deal well that’s style that clock came all the way from Nice, France and was bought by the mayor

that guy just lost his car

a room from the highway

that is the kind of look from yesteryear houses in Trinidad

it’s nice when you see some of them still around

look at the whole [..] right just like the look of it

doing some repair work on the left there

you can see the dial around there from a different angle

this is a supermarket grocery

and I like the uh motto deeds not words

that’s the breakdown of their

time period of the year

by the way if you like what I do feel free to become a patron and make a donation you can go right to JB’s Man Cave um on my website JBManCave.com

this is the other school I was telling you about

those are seeds break it open the seeds inside all dry

puts down on your right

a building on your left is the national insurance

but that’s what more or less they look like

so again a good shot there of a maxi taxi

that house has come from decades ago

here’s another church with an interesting design

and how’s that old look about it but yet still

a lot of evangelical

there are my boys

does it look familiar

I don’t want to crack the camera

what do we have into me across there

no they have dominoes they have a lot of other ones you would expect Mc Donald’s, Burger King the other thing is air house doors but um unless you see them everywhere something else that is kind of iconic for the area too is the fire station or my fire station stay ahead the center of your screen

modernize that a bit

it’s one of these smaller ones

looks like they are doing some maintenance on it

we continue each towards the busier parts of our remote

I don’t know what you think

let’s see I got an idea and have a look

some some nice plants plant shop

this is some mango tree

other countries would kill for this kind of um

I’m going to go down here and make a loop

so this is part of the um

the queen sparks about notice

uh playground area there for the children

and because these streets are all more or less one-way you tend to reach this loop at some point it also helps you to avoid some of the um traffic jams that I know are more popular because you can use this these streets Pro Queen, Robinson and so forth to get away and get back onto the eastern main road without having to go through all that traffic

there’s another church there Church of the Nazarene

society I know this is a buoy for sure

outlet not sure what that’s about

now you have a good shot of there

there is the Bougainvillea is beautiful

benches our facilities theater sit down which is good

now I had on your right there that’s the appetite

and I have more or less covered

Note: the above was extracted from the audio of the Arima video. Thus, it may not be accurate.