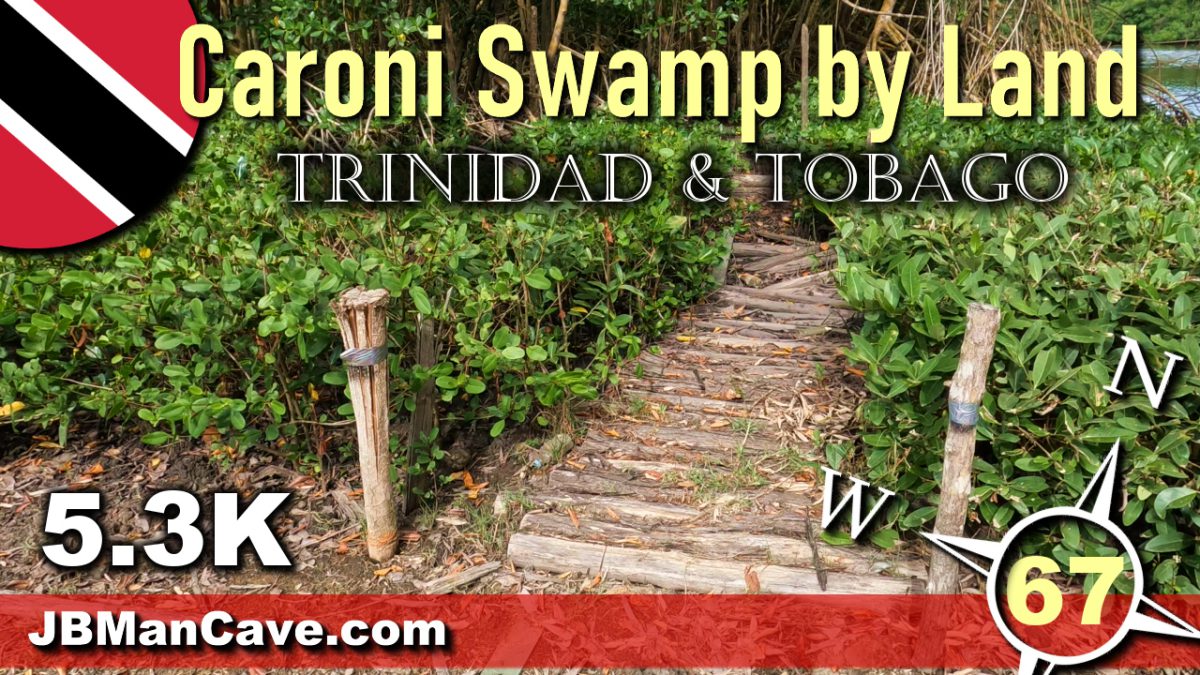 Hey friends we on a road trip today we are in central Trinidad an island in the Caribbean.

This place is called Caroni and we are going to the carny swamp we will not be on a boat or anything or walking through some water but we will be on land looking at the swamp a lot of people when they hear about the currently swam think about getting on a boat a swamp boat that is and going out to look at the scarlet ibis which is the bird you’re seeing on the right a bright red bird that gets its color from the crustaceans on fish and other items it eats.

and then upcoming on the right is another one

you know everybody might have the individual price but that’s about the average they would usually leave at four o’clock or some other particular time they would go out into the swamp area and come back in at 6 30. the other is that we’ll do it throughout the day as well it’s not limited at that specific time you can also sponsor a boat for yourself and go out anytime you like and for that you would have to um make whatever reservations or communication with the two operators to do that now this road we have fallen you can see it on the map it goes all the way

but these are the actual mangroves

you’ll see that later in this video

you know the feel of the area

do its own thing

it was just looking down all the time

and here’s where I found that bird

that’s the road we came down

there he is up there

that cat’s still waiting for me to leave

so this is more or less the

eating it away slowly

this is closer to the road outside of the compound

the mangroves here are quite thick so

you will not be able to see a lot

one good thing too about mangroves is they prevent coastal erosion

can you see it that’s what they are looking at

NOTE: the above was extracted from audio of the video and may not be accurate. The original video is located here as part of JB’s Man Cave Channel.