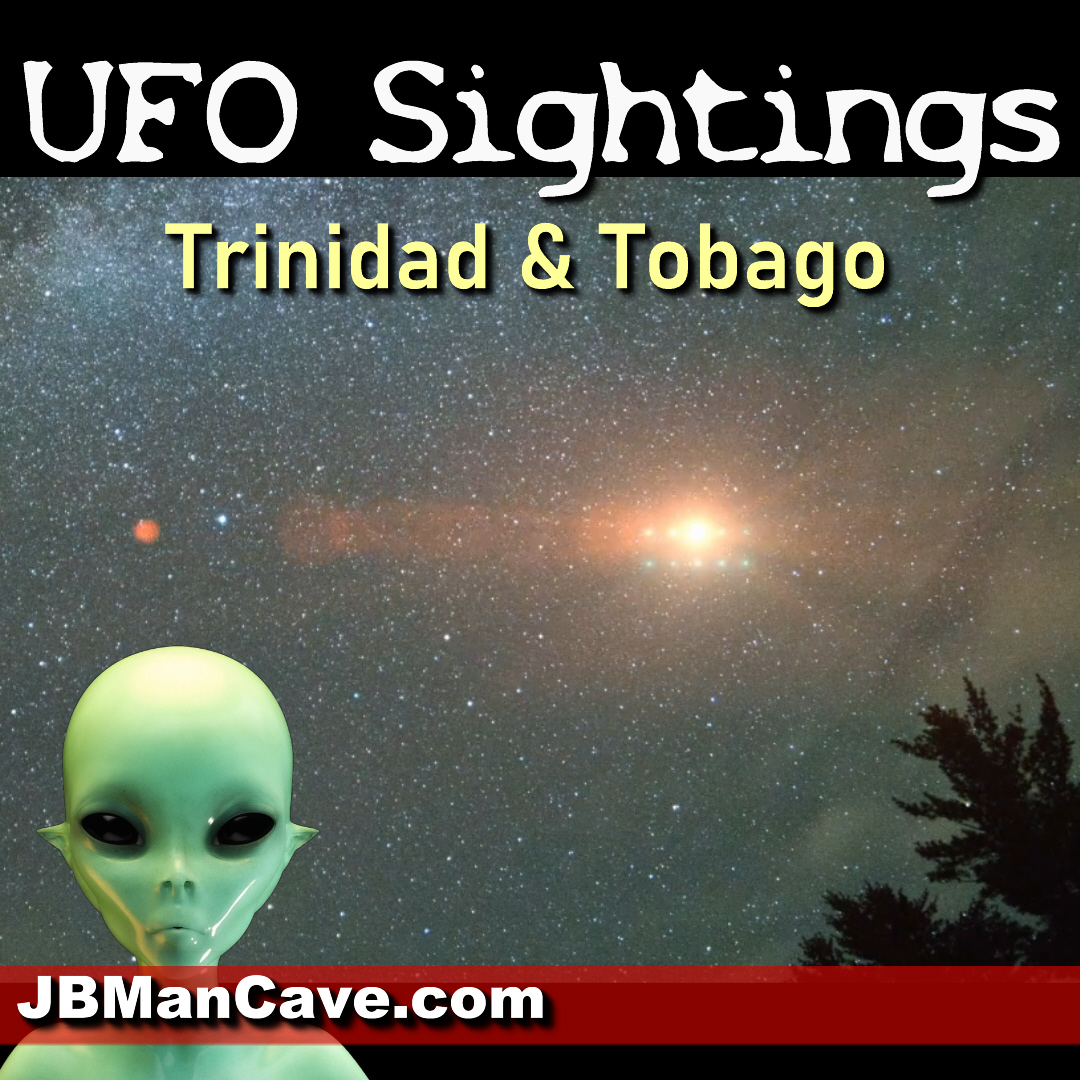 Like most children, I’ve always been interested in outer space, spacecraft, UFOs and the concept of aliens.

Science fiction many may call it as some people will often shrug off the topic of UFOs because they feel there is a lack of evidence.

Yet, many push to the cinema and stream on demand to see blockbusters involving Star Trek, Star Wars or superheroes from Krypton.

As a teen, I would look up at the Caribbean sky at night to view the many stars.

Stars that move at night

Sometimes I would be lucky to see a moving star, no, not a falling star… a satellite in orbit which often looks like a star that moves along an undeviating path.

If you have never seen that try looking up at the night sky and look for any object that looks like a star but moves.

It is not easy to find but if you are patient you will see it.

Of course, that is not the same as seeing an actual UFO which witnesses have claimed to be much bigger and closer than a satellite in orbit.

Recently, the United States released official military footage that acknowledges that there are indeed unidentified flying objects among us.

Testimony from hundreds of people including military officers claim to have seen objects that defy our known laws of physics.

Anyone who still doubts UFOs should read and listen to the reports. This is no longer science fiction.

UFOs in Trinidad and Tobago

But… what about Trinidad and Tobago?

I don’t know how many of you remember this… but some years ago one of the major television stations broadcast the appearance of strange bright lights in a forest in Trinidad.

The phenomenon occurred each night for 2-3 days yet no one could offer an explanation about it.

There have also been more personal accounts by Trinis about UFOs.

Recently, I was listening to the radio and one of the announcers mentioned being in Tobago on vacation.

She said that another person and herself were looking up at the night sky just star gazing when they spotted what they thought was the light from a satellite like I described earlier.

However, when that light suddenly made a sharp turn and moved in a different direction with speed like they have never seen before they looked at each other and knew it was neither a plane nor a satellite.

UFO accounts by people in Trinidad and Tobago

In one account by the username Steve Wooler he claims to have seen this in 2008,

“For around 20 minutes from around 9:15pm last night, the sky over Stonehaven Bay was filled with vivid orange lights. It was almost like a firework display. A number of lights appeared from roughly the north-east, travelling over Plymouth and heading out across Buccoo towards Trinidad. At first I thought it was a couple of helicopters, but they showed no green/red aircraft lights and were just a bright orange ‘ball’.” Source

Here is another one:

On the 5th February, 2015, at approx. 7:45pm whilst sitting in my car in an area known as Jones Terrace, Cunupia, Trinidad, I saw what appeared to be two very bright stars in the southern sky. I could be described as a ‘star gazer’ as I often gaze into the sky. These two star looking objects caught my attention because I had never seen what appeared to be two large stars that close. Hence, I became very amused and kept looking at them. Suddenly, one of the lights took off with such great speed moving further southward and then faded away. In my excitement, I called out to my two daughters to see it, but, they were unable to see the fleeting light. My two daughters then joined me and we travelled to our home at Homeland Gardens Cunupia – a 5min journey. Interestingly, whilst sitting in our car, I again was amused by what appeared to be a very bright light in the eastern sky. There was a full moon and the bright light was not far off. It was moving but, not like an aircraft does. Furthermore, that light seemed to be composed of/associated with other lights (blue and red). And, the lights were not like that of a helicopter or winged aircraft. The object kept moving and stopping. When it stopped, it rotated and kept projecting powerful red lights at a patterned interval. The pattern was like that of a Morse code. That activity lasted for approx. one min. and then the object disappeared. Fortunately, my daughters were able to witness that with me. I do not know what we saw, but I seek feedback from anyone in Trinidad who might have witnessed similar occurrences on that day. Source

What do Trinis think about the UFO topic?

Now, if you were to whip up a conversation about UFOs how do typical Trinis generally react to this topic? Like everything else, it is taken without the serious deliberation it deserves.

However, I would be very interested in meeting any Trinis who would like to relate their experiences in seeing UFOs, aliens or even abduction.

Feel free to tell us your story in the comments area of my Youtube channel or contact me to setup an interview.

Also, there is another channel I manage that covers UFO experiences by witnesses from all over the world, however is in Spanish so check it out if you can understand the lingo. Just go to Inexplicados.com or look for Inexplicados on Youtube.