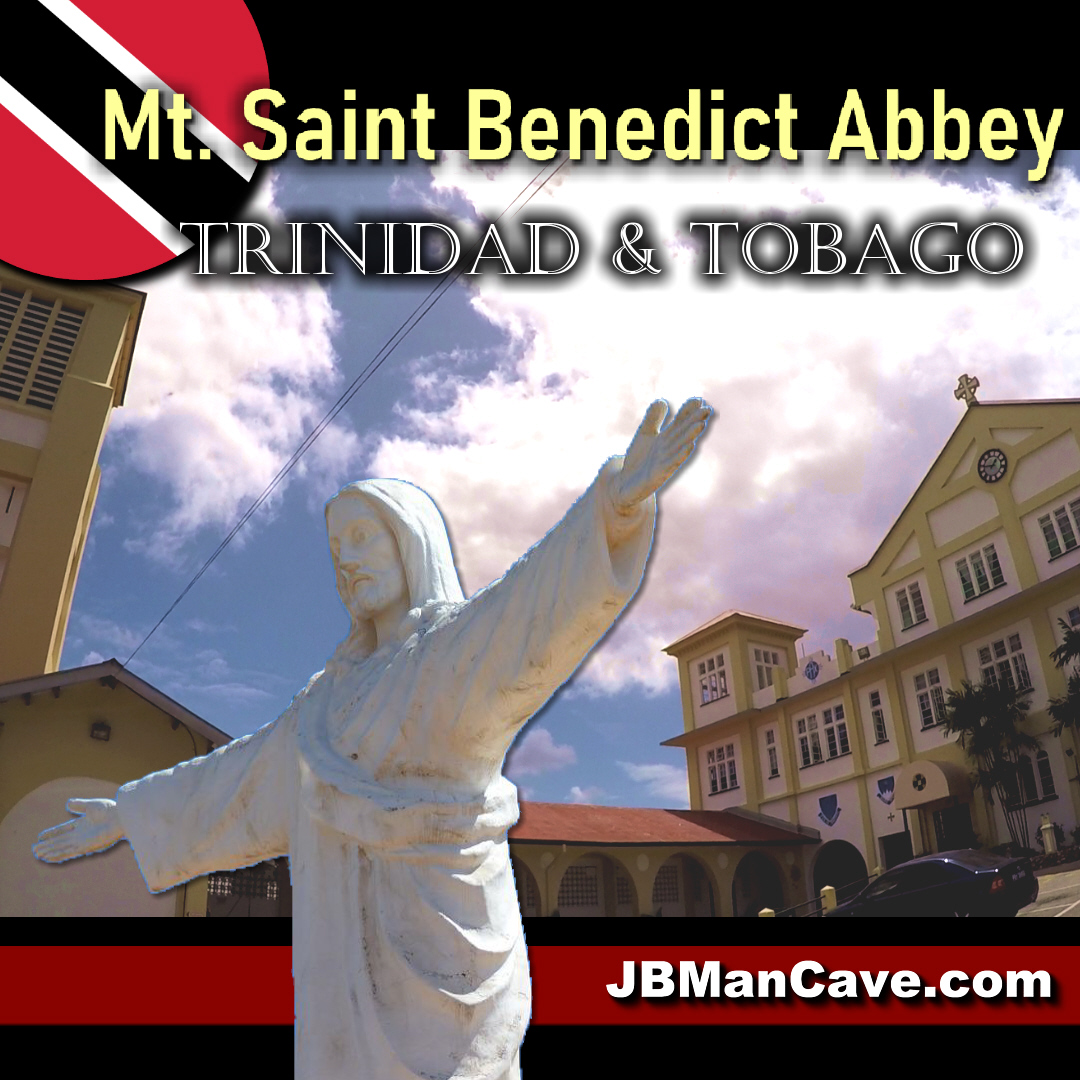 Hello friends, we are going on another road trip today to the monks in Benedict’s Abbey or monastery let’s start out here on the Eastern Main Road and look at that pink poui tree flowering I wanted to start there look at how the flowers are dropping on the sidewalk / pavement if you haven’t seen it I have a video exclusively on the pink poui make sure to check it on my YouTube channel JB’s Man Cave

it’s just before Tunapuna you can see there on the map now interestingly enough according to google maps the abbey, the monastery is within Saint Augustine as far as I can read but I see on some sites government sites heritage sites they’re listed as Tunapuna I’m not too sure about that but anyway we are tuning left here this is Saint John’s Road

now this area, Saint Augustine, is more or less a residential area to the left is more of the well to do and the further up we go less well to do

housing in Trinidad is kind of um

go into a steep incline

and blessed the land according to their rights

it’s just so nice so peaceful

you can see a bit of the

if you go straight I will take you to the hike

I’m gonna come back here and walk all along here so that you get an idea and this is a part of saying that almost reminds me like being somewhere in Europe, Italy see how it’s on a mountain sides and you’re driving up the mountain

and this is the parking lot

there’s usually you know a chapel church going on

underneath whatever you feel is worthy of these videos

let’s begin to walk around a bit

helps you to get a picture of the area

it’s a beautiful bird there

probably you can see Saint Helena too

now my father once stayed at this

monastery and no, he was not a monk, but he had a

they were praying and what not

buffering or sponge or anything to help mitigate that

also because I have a stabilizer and it needs freedom

and yet still everything behind if you notice is also sharp

in this direction you would be looking at

new videos as they come out

you can continue watching I am going to

going up doesn’t look the same as going down

probably they have other colors

mostly because I have no reason to

but sometimes you miss some really nice stuff

so went to the road and we are heading south

we’ll go all the way to Jackman and then we will look at his surrounding area so you can keep looking at this video all the way if you want to see the rest of Tunapuna and then I’ll be going down the Eastern Main Road and a little bit into Saint Augustine and then we’ll end it there but keep on looking if you’d like to see the area I always appreciate you watching please make sure to like subscribe let your friends know your family know about JB’s Man Cave I have a immediate goal to reach 10,000 Subscribers right now I believe I’m around 4500 which is pretty good I appreciate your support but we need to reach 10,000. so do subscribe and let your friends do as well thanks for watching keep watching Tunapuna

NOTE: The above text was taken from audio and may not be accurate. Please see the video.