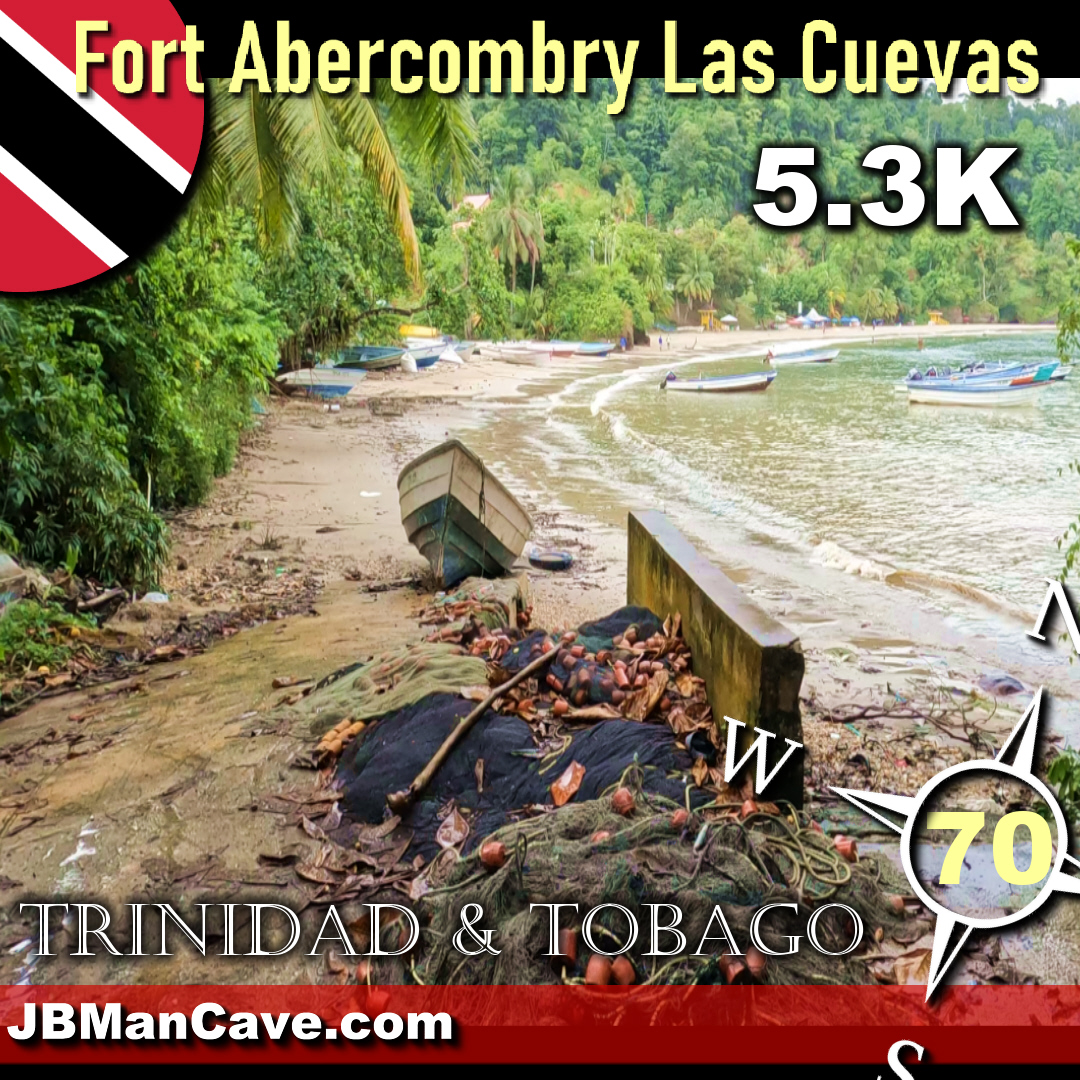 Hello friends, today we are going to cover Las Cuevas village a beautiful beach and mostly Fort Abercromby. That’s the Las Cuevas beach facility and that’s the fort and this is Las Cuevas beach it’s a rainy day the best day to come and record and why is that because nobody’s here if a lot of people was here I wouldn’t been able to give you the shot you know for the sake of people’s privacy this is what loves reverse looks like when it’s already it’s clay the downfall is there are lots of sand flies but I come prepared for that I’m wearing boots jeans fully clothed of my rain jacket on

the fourth may have been established but probably it was a much bigger so we move on to um 5.3 key here and we’re going on this path

the media should be better displayed

so I can continue making these great things for you so all of this is part of the area that would have been effort and it’s unfortunate that nothing more was here now as I understand it this fourth was to prevent any enemies of the British because this was a British fort from [..] at Las Cuevas I guess they were more worried about the French landing because they did land there before and it was also to be a second fourth in case Fort George or Port of Spain or any of those areas fell to the enemy they would have some place to

come and return or move back or retreat

I can see spending all day here recording

so even though the seas are grey the sky is grey

but the whole journey is just simply icon there love it

and you can see how the trees tower above you

now this day I had my family with me

now they’re too steep for them

sleep for me too also breath but I have the right

perpendicular to the slant

this is a good example it was not the way anyway

and then he thought he was just going to teach

It leads you to other places

you all could tell me

camera spawn around a bit there

I don’t know my mushrooms is that poisonous or not

and I’m gonna go down there

the fishermen are there at sea cast and nuts

bathe and swim this is another angle

I can only imagine how it is on a nice sunny day so we go back on the road trip after finding that gem out of Las Cuevas village.

we’re heading back west and as we head back west

and how close it is to that road for Fort Abercromby

NOTE: The above text was extracted from the video. Therefore, it may not be accurate. Other tours: Walking Around Arima, Trinidad, Caribbean