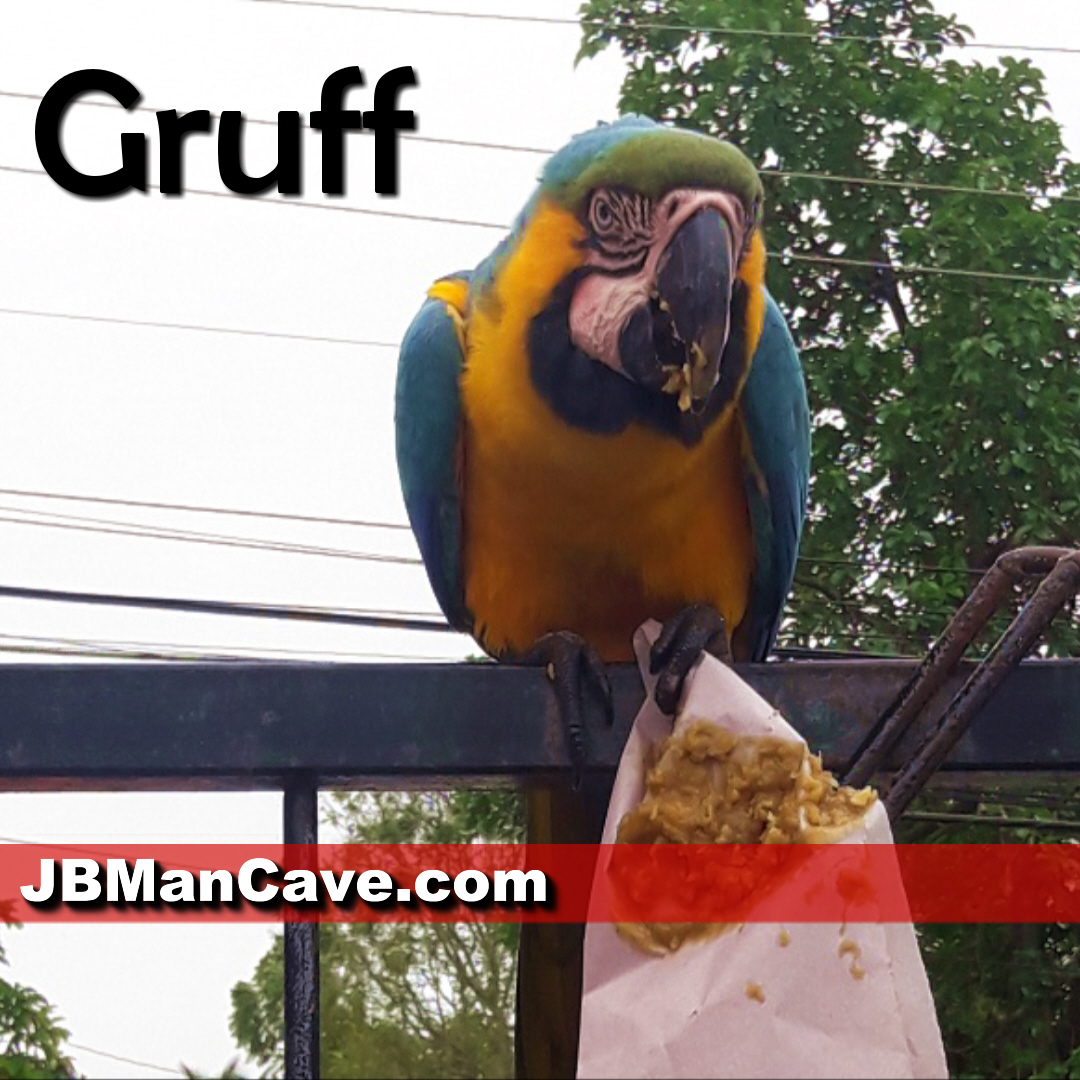 The name was given by a family that raised him after being rescued. Macaws have a natural ability to bond with humans and if you raise one from little it is likely that the macaw will be with you for life.

I am not saying that figuratively, a macaw can live up to 70 years old. Anyway, thank goodness gruff was not caged or chained or had his wings clipped as people like to do to birds and other animals. Gruff is free, as all animals should be.Why would you want to be caged up when you could… you know check a friend or future mate.

So gruff roams all around the West of a Caribbean island known as Trinidad. Today, I was able to meet Gruff in person. Gruff stopped to eat doubles, a local snack food made from chick peas and flour. Here, he just finished eating and did not want more.

Did you know that the blue-and-yellow macaw used to plentiful in Trinidad until the 1970s when people started capturing and yes, even eating them. These birds are a Protected Species under the Conservation of Wildlife Act of Trinidad and Tobago. Yet, people still try to capture birds like Gruff and even Gruff himself. People who know of Gruff try to look out for him. There was even an incident where someone kidnapped him but because of the outcry from people and the media getting involved he was let go. It is good to see so many people out there looking out for birds. I do not feel any animal should be caged, chained or made to be a beast of burden at our leisure. I often wonder about people who say they are a ‘bird lover’ and then put a drumstick in their mouth. Or an ‘animal lover’ while cutting a steak.Let’s keep all our animals safe by letting them live and be free.

The above text was extracted from this video and may not be accurate.