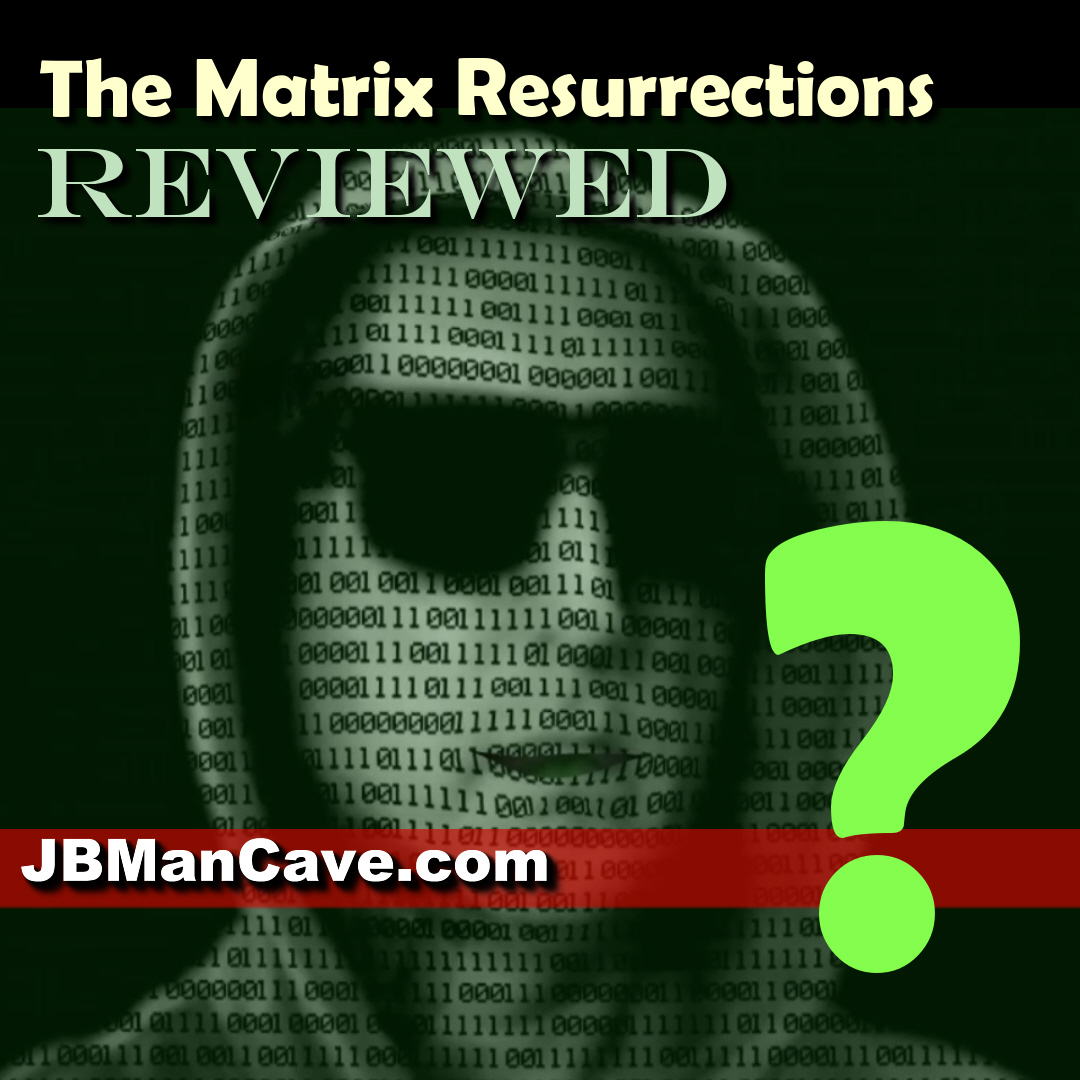 What is the Matrix Trilogy? Three movies that introduced bullet fighting scenes but also played with your mind.

A couple of decades ago, I even started an online forum about it and coded a free text based game surrounding the idea of the Matrix.

I called the game, “Plugged”, because in the movies the characters were often plugged into the Matrix in order to be part of an illusion.

At the time, the game gathered a lot of interest as it made the end user feel as though they could make their own progressive Matrix character.

However, those things started to die as we got further away from the time when the Trilogy was first released many years ago.

Based on the most recently released Resurrections… I don’t see a resurrection of my forum about the Matrix or my game anytime soon — pun intended.

In my forum, there was a Topic started where people tried to predict if there would or should be a Matrix 4. Well, for those who predicted the release would happen it was made real in the form of The Matrix Resurrections.

I went to see it yesterday on the big screen with only six other people in the whole cinema. I remember when the Trilogy first came out I could not even get a seat because the cinema was packed to the max.

Well, here is my review and I have mixed feelings about it. If you have not seen the movie or the Trilogy then stop here because I am going to reveal spoilers about it.

Just in case you ever had doubts, The Matrix at its core, is a love story. While it plays with your mind, has unique fight scenes, and brings up many social, religious and politically correct issues — its foundation is about the main Characters and their love for each other.

After all, love is supposed to outdo everything… right? Let’s see.

At first, I could not understand if I was watching a Matrix or Deadpool movie and those of you who have seen both will understand why I said that.

As the movie progressed I started to comprehend it more and the connection between the Trilogy and Resurrections. It is a nice play on the mind. However there were key elements missing that they could have done better:

First, for you to understand and appreciate this movie you must have seen the Trilogy. If you did not see it you will find Resurrections very confusing. That is because it caters for people who have not casually watched the Matrix but who are dedicated fans.

There are lots of punches and puns in Resurrections that will fly by you if you have not seen the previous stories.

I missed Lawrence Fishburne as Morpheus. The new actor, Yahya Abdul-Mateen II, does a fair job but that may not be entirely his fault as the script is very weak in many areas.

The new Morpheus character seems too humorous and lacking that mentor figure that we see in the old Morpheus.

In fact, there is a new character, Jessica Henwick, who goes by the character name Bugs, that is more like a fan of Neo than a mentor even though she gives regular advice to Thomas Anderson.

One of the main things that made The Matrix Trilogy a big hit was the bullet speed fight scenes that were very methodical and detailed. Unfortunately, fight scenes in Resurrections were blurred and hard to understand. In fact, there is little fighting in the movie itself as compared to what you see in the Trilogy.

There were ‘noisy’ scenes that did not add to the movie but made the quality deteriorate in my opinion. For instance, the constant reference to old scenes in the Trilogy should have been left out.

Here is another, bringing back Lambert Wilson, the Frenchman, only to have him rant looking like a homeless madman was more of parody than anything to be taken seriously.

Back to the Deadpool reference… the Deadpool character is sort of self-aware in that he knows his world but is seemingly aware that he is in a ‘movie’ or comic. Therefore, he speaks to the characters but also the audience. Yes, that concept is a bit difficult for us mere mortals to understand but it was also used in Resurrections to give the angle of awareness and more mind games.

In other words, no longer are you just watching the Matrix, which is an illusion in the movie’s real world, but we, the viewing audience, are also by extension — part of the Matrix.

I know, wrap your head around that.

I missed the green. The new view was blue although there were some green tones in certain places. In the trilogy, each movie had that green overtone whenever they entered the Matrix that separated the worlds of reality and illusion but that does not happen in Resurrections. I believe this was possibly to show, that because of what Neo did there was now a blur, between the two worlds.

Taking that angle in the story is not too bad because it showed that the machines were no longer willing to follow the dictatorship of the Architect or the Analyst or whomever runs the whole show. In fact, in Resurrections the machines assist the humans… and for me that makes sense.

Half way through the movie you start to get a better picture of why everything is the way it is… basically after Neo died in Revolutions he was brought back to life in order to generate more electricity with Trinity but not as lovers… not as knowing each other but as two people that feel a connection yet living different lives or in other words separate entities.

However, Smith, played by Jonathan Groff, is new and improved. Smith, using his own ideas and philosophy, somehow seeks to help Neo and yet tries to kill him.

Smith and Neo have always had a strange Ying and Yang relationship which shows them as really not being able to do without each other.

I think the biggest problem with the movie is the way it is presented. I believe if they started with explanations of what happened after Revolutions then it would be more entertaining rather than putting us in the perspective of a blue pill drug confused Thomas Anderson trying to figure out things along the way.

Then again that is how the Trilogy started with Mr. Anderson hacking and feeling there was something more to his life.

By the end of the movie, everything fits together and yet it doesn’t. I like the elevation of Trinity in the end scenes. No longer did Trinity need Neo, the man in her life, to rescue her but it was the other way around. They both had powers that Neo from the Trilogy had.

Yet, I still did not feel like I watched The Matrix I once knew. It was more like different movie that happened to resemble the Matrix. For sure, I am going to watch it again this time understanding what already happened to see if I have a different point of view. Make sure to check the comments for more of what I have to say about that.

So, are you a Matrix fan? Did you see Resurrections? Do you have a different take on it? What did you think about it? I would love to read your constructive comments, please do reply in my Youtube Channel.

Related: UFOs, Aliens and Spacecraft in Trinidad and Tobago