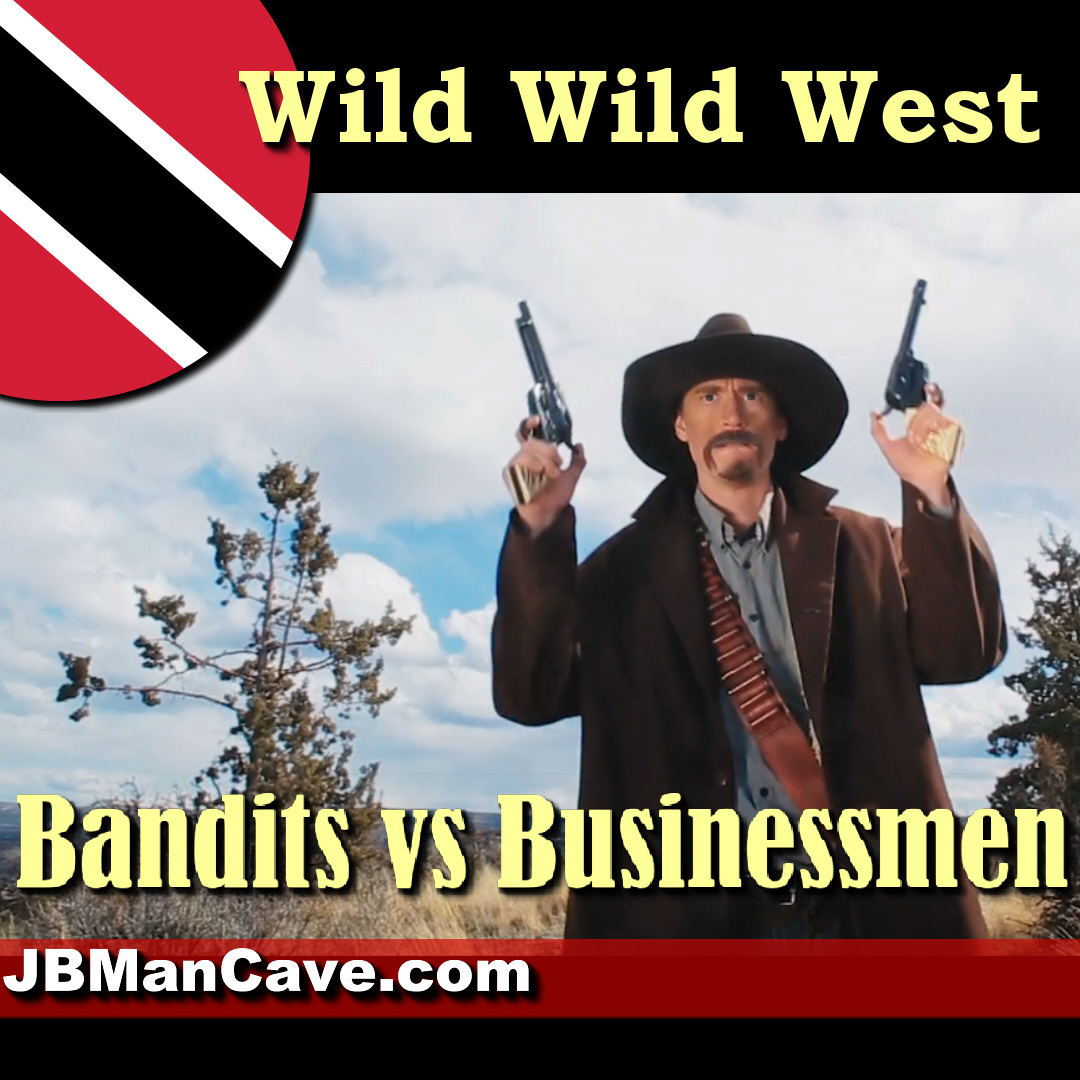 When you hear about guns and crime in Trinidad and Tobago it is almost like reading a story about the wild wild west.

In case you did not know I do cover crime and by extension the results of crime on this channel so make sure to subscribe, like, and comment.

When you do this it lets me know you like the videos I create and encourages me to create even more for YOU!

Anyway, back to the wild wild west, aka Trickyland aka Trinidad and Tobago.

Yesterday, I was watching the news about three, possibly four armed bandits involved in a devious plan to rob a mini-mart.

When they arrived at the establishment brandishing their guns they violently attacked the owner but were met with resistance.

Unknown to these up to no good delinquents of society the mini-mart they were trying to rob had within its walls 3 FUL holders.

FUL means Firearms Users License or in other words they have a license to legally carry a gun. So this mini-mart was prepared.

You see the owner whipped out his gun and fired back along with another… but that is not all.

At the same time, there was someone from the TTPS or Trinidad and Tobago Police Service patronizing the store so they all got in on the action.

The outcome was two dead bandits while one escaped in a get away car.

Now here is the thing… this could have played out differently if the bandits could have simply had their way.

But now ANY bandit thinking to rob a place will have second thoughts.

They will now have to consider, will the owner have a gun and fire back?

So here is the question for you good folks watching this channel. Should more business men be issued with FULs in order to protect themselves and their customers?

Before you consider think about this… who issues the criminals with their FULs?

The bandits of today are brazen, have technology at their disposal and may even carry weapons that are in league or even better than some of the protective services.

Bandits now descend on people like a mob, no longer do they work alone as individuals but are part of gangs that are ready to cause havoc both day and night.

Now, I am not saying that every business owner should have a gun as there must be diligent checks made, however crime is everyday, and the process seems lengthy and almost seems to defeat the purpose.

Fighting against crime cannot be waiting like a sitting duck, become a victim and then make a 999 call after the fact. There must be a proactive measure to deter crime in the first place.